Get the E-Book app 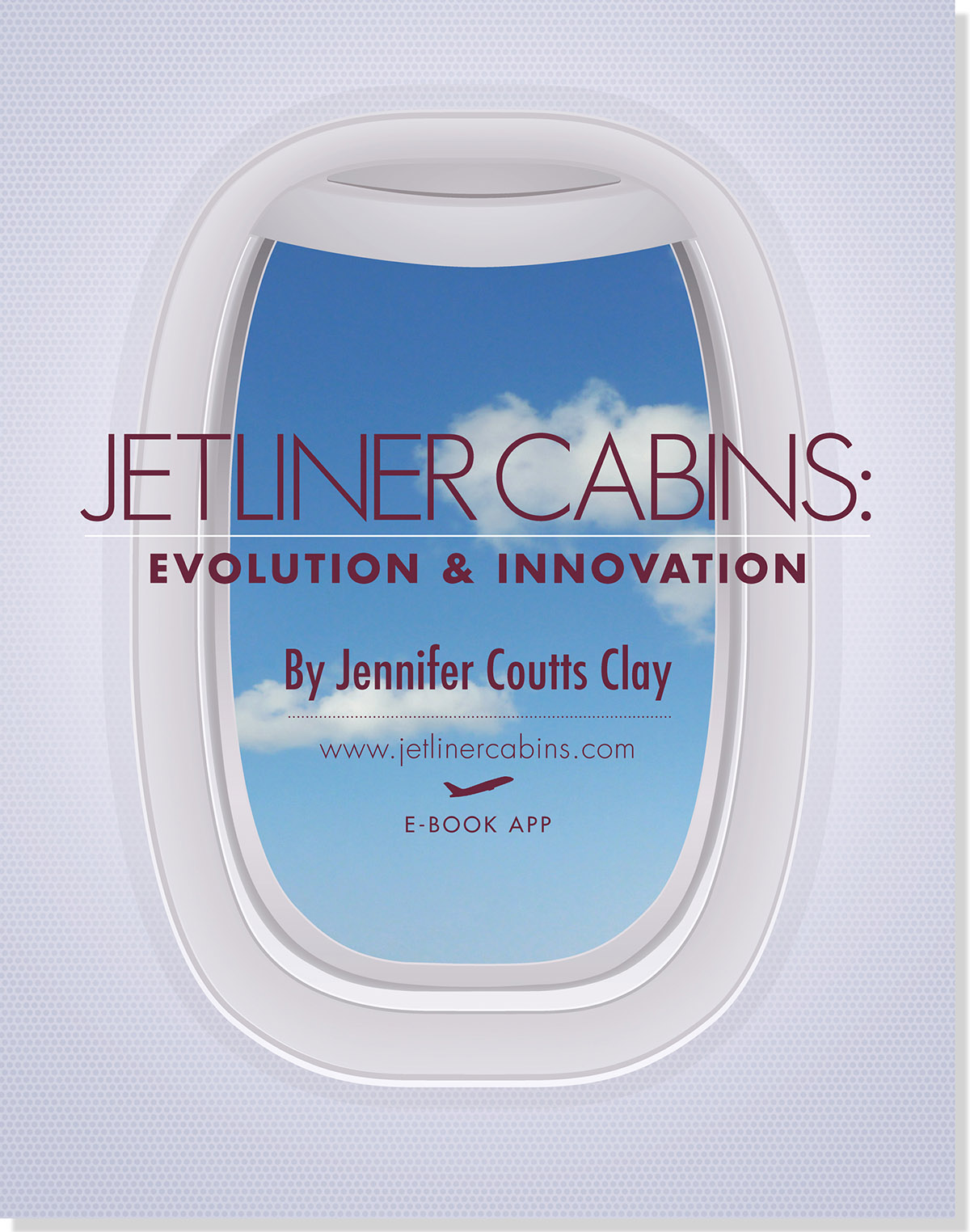 The ONLY Book on Evolving Jetliner Interiors -
Now Available as an APP!

It might not be a routine topic of conversation, but airline interiors, like everything else, have changed over the years. All those who have noticed the metamorphosis plus anyone who is interested in the history, evolution, and development of aircraft cabin interiors will enjoy Jetliner Cabins: Evolution & Innovation by longtime airline consultant Jennifer Coutts Clay.

Based on her acclaimed book by the same name originally published in 2003, this first and only comprehensive survey of jetliner cabin interiors has been digitally formatted as an app for smartphones and tablets.

Coutts Clay explains that in addition to redesigning and updating the book’s sixteen core chapters, she added new material to the app, including “green” cabin innovations, classic airline case studies, hyperlinks to more than four hundred organizations, and more than six thousand all-color images arranged in a sequence of picture galleries. The app also delves into the topics of product branding, passenger experience, maintenance, and marketing.

Described as a “must-read” for aviation professionals, industry watchers, airline passengers, design aficionados, and other interested readers, this pioneering work features insights from leading international experts in the field and is chock-full of wonderful pictures.

Coutts Clay comments, “The civil-aviation sector is amazing: there is so much to write about! Because of Internet capability, I can keep adding new material to my app. This subject will never end!”

“The only comprehensive survey of the aircraft cabin environment from the 1970s to the present day…An ideal source for those wanting to learn or simply reminisce about the evolution of airline cabins and in-flight service.” ~ Airliner World magazine

When Jetliner Cabins was first published in Hardback in 2003, it was described as the first and only comprehensive survey of the commercial-aircraft cabin environment from the late 1970s to the turn of the millennium. This book developed and greatly expanded on the author's series of articles which appeared in Aircraft Interiors magazine from 2000 to 2002. The 16 core Chapters focussed on: Product Branding, Passenger Experience, Cabin Maintenance and Marketing Challenge.

The updated Paperback Edition, published in 2006, contained a supplement featuring the high-efficiency next-generation aircraft: the Airbus A380; the Boeing B787 Dreamliner; the Bombardier CSeries; the Embraer E-Jets, the Legacy and the Phenoms - and exciting new passenger-service products for first, business and economy class.

For the E-Book Edition, the unique original content from the first two Editions of Jetliner Cabins was reformatted, redesigned and updated, and the overall scope was greatly increased: it is now available for download as an interactive E-Book APP for Amazon Kindle, iOS and Android devices. Readers can select interactive routings to customize the use of the material according to their own personal interests and work requirements. 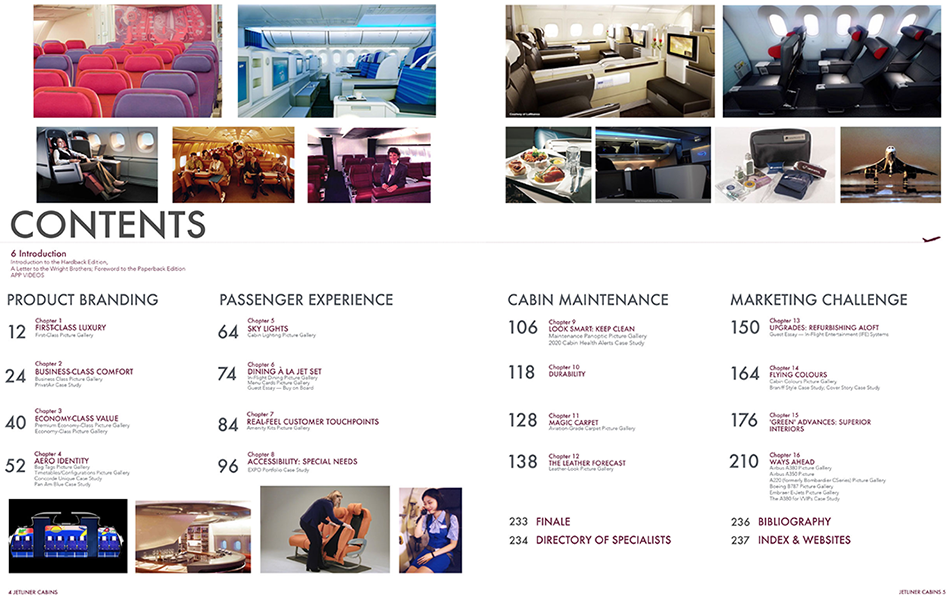 Industry statistics show that more than 4 billion passengers are flying annually on the world’s scheduled airline with load factors averaging over 80 per cent, a historic record. The International Air Transport Association (IATA) predicts that during the next twenty years airline passenger numbers will double and there will be a need for more than 40,000 new aircraft, representing essentially a doubling of the world fleet

Valued at US$26.02 billion in 2017, the global commercial aircraft cabins market is expected to grow to US$38.85 billion by 2022. The aviation trade magazines do a tremendous job reporting progress – and some excellent airline-design collections were published a few years ago – but I find it incredible that, fifteen years after its launch, Jetliner Cabins is still the first and only comprehensive survey of commercial aircraft design from the 1970s to the present day.

Over the years, I have been thrilled to see the great number of enthusiastic reviews of Jetliner Cabins, and the thoughtful comments inspired me to move ahead with this E-version of the work. (Click here to read Reviews of all Jetliner Cabins Editions.)

Get the E-Book app

Grateful acknowledgement is given to the airlines and other organizations credited in this book for permission to use their photographs.
There are other images, also credited, that come from publicly available sources, for example, company sales brochures and websites.
Pictures that are displayed without photo credits come from the Collection of J. Clay Consulting.